For the fourth January in a row, Friends of the Soldiers Home kicked off its volunteer year with an event called “Trivia Night With Zach Hartman.” As usual residents and volunteers divided into teams and competitively tried to answer questions correctly from FOSH volunteer and board member Zach. The action on this Jan. 3 night ended in a tie between one team called Old Geezers and another one called The Rebels. The tie-breaker question? Which year did the White House burn. Geezers correctly answered and won the game! If you know the answer, then consider yourself a trivia master — and someone who might want to join us for a future Soldiers Home “Trivia Night.” 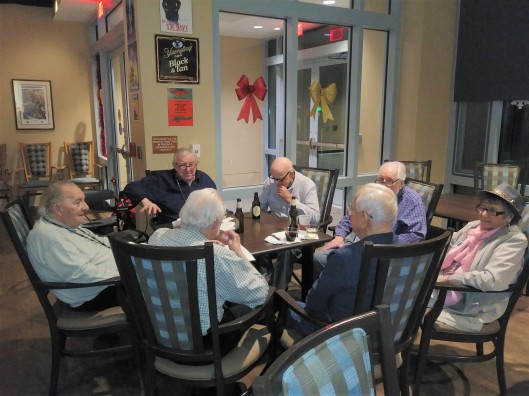